Cut the Cable: What Is the Best Video Streaming Service for TV or Mobile? 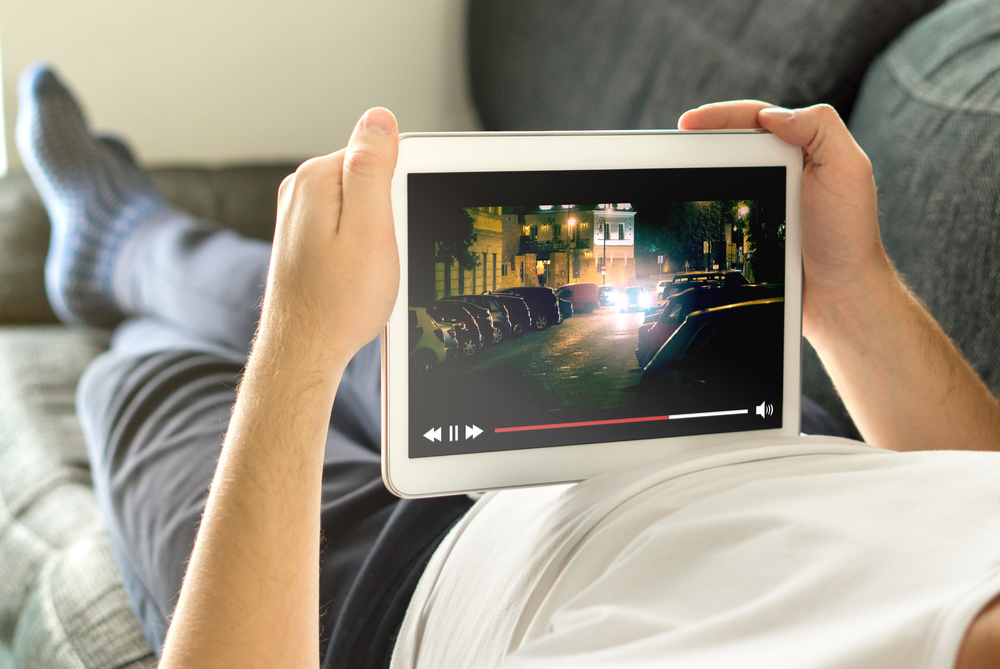 No more aimless channel hopping. Nor questioning, ‘what to watch next?’

Online video streaming has put pay to that. The smart recommendations of Netflix and on-demand services have made it easier than ever to find a program to watch – despite the wealth of content now available.

The best news? You don’t even need a new device to enjoy it.

On-demand has become the norm: most televisions have streaming built in. Just go online, pick your provider of choice, and watch.

What if your television isn’t internet-enabled?

You can likely screen mobile content directly on your television, provided the devices share the same brand. For example, using an LG phone to mirror content on an LG TV via LG Miracast, or Samsung Screen Mirror to broadcast from your Samsung tablet.

Failing the above, games console upgrades from PlayStation to Xbox360, even Nintendo Wii include most standard streaming services.

As a last resort, plug your laptop into your TV screen using an HDMI adaptor.

Using such approaches, choose from any one of a variety of services to find the content you want, be it on:

…you could even watch preferred content from Showtime or HBO.

As long as your streaming service hosts your next must-see installment, you’re set. But what if they don’t? Is there a one-stop-shop that offers every channel? Or, a plug-and-play device with an intuitive interface that integrates all content under one digital roof?

Read on for the products that bring the luxury and simplicity of on-demand streaming into the comfort of your own living room.

Watch it All with Roku

For those who must watch everything, Roku media players win every time.

In fact, it’s easier to say what you don’t get with Roku: iTunes content – and that’s it.

Simply put, Roku’s interface is beautiful. A comprehensive search feature makes it easy to find what you want – vital given the breadth of Roku’s offering – with the Roku app and Roku Ultra remote also offering voice search.

The app itself lets users control the service straight from your smartphone, creating an immersive experience through which you can share music, photos, videos, the lot.

Higher-priced products like the Streaming Stick+ include 4K and HDR10 technology. Plus, the Ultra remote includes a headphone jack for that surround-sound experience that won’t disturb the neighbors. And what if you lose it?

Just press a button on your Roku box, and the remote will make a noise.

What Lets Roku Down

It’s a harsh criticism, but the sheer volume of choice makes it hard to pick the right device; especially as each offers the same content.

Ideally, you need to know:

Failing that, read on for our Roku recommendations.

The Roku Express is the most basic of streaming devices offering Full H 1080p resolution, but nothing else. Beware – you need a TV with an HDMI port.

Otherwise, buy the Express+, which brings older television sets into the 21st century.

Paying a little more for an upgrade means a smaller device that plugs straight into your HDMI port—no cables here.

It’s perfect for carrying around, and also includes a voice-enabled remote.

With 4x the wireless range of its predecessor, the Streaming Stick+ is 4K and HDR-ready and makes sense in an environment where the router is further away; irrespective of the picture quality required.

The headphone jack on the Roku Ultra means maximum enjoyment without upsetting your neighborhood. While for those who misplace things, an ingenious ‘remote-finder’ button averts catastrophe with a noise alerting you to where the device is hiding.

Whether via the more basic Express; or upgrading to a Stick+ or Ultra, for those who prefer higher-definition.

Perhaps not the best nor cheapest streaming service, but certainly the most economical device: Amazon Fire TV has one of the broadest feature sets with voice search an obvious winner from the creators of Alexa.

So, while the channel selection is modest, the user experience is anything but – here is a contender for those who want quality at a lower price.

The Fire TV Stick retails at $39 and includes games and apps from the Amazon App store.

It is Alexa-enabled, through which you can access Amazon’s generous content library as well as voice searching Netflix and Hulu. Plus, you can subscribe to prime-time services like HBO and Showtime – often at a discount.

Fire TV offers all the above but with 4K and HDR support for an enhanced gaming and viewing experience.

It’s the perfect family option with parental controls enabling restricted viewing while still opening a library of 13,000 child-friendly apps, books and content – starting from $2.99 per month, all in one place.

The Amazon Fire TV Stick is an economical entry into video streaming. With Alexa voice control thrown in, the value becomes even better.

Apple to the Core with Apple TV

Starting at $149, Apple TV is the most expensive option on our list. But if you buy Apple, you expect to pay more.

The most recent iteration of the Apple TV is a 4K version, which supports both HDR10 and Dolby Vision for a sharper image.

Siri contends with both Alexa and Roku’s voice search, simplifying finding your favorite program. Even, suggesting what to watch if you don’t know the name. Or, if you just want a 90’s cop drama – Siri can deliver.

While Apple TV integrates Netflix and Amazon into a single service, when compared to Roku, the content library is modest at best.

However, such limitations are offset by the variety of apps and games.

So, if you’re into gaming but don’t want a console, an Apple TV is an excellent alternative with a touch-sensitive remote offering smooth gameplay as well as an intuitive navigating experience.

If the family gets annoyed by noise, pair the device with your favorite Bluetooth headphones for absolute quiet.

But if you like Apple’s offerings in general, this one could be for you thanks to its wealth of iTunes content coupled with access to iOS apps.

Mirror Your Computer on Your TV with Google Chromecast

The Chromecast stands alone among streaming services: users control the device via your phone or tablet, ‘casting’ content onto the television screen.

Sometimes seen as one only for tech-aficionados, there are distinct benefits in the flexibility of Google’s product.

The cheaper Chromecast costs just $35: for those on a budget, it offers simple streaming of any online content for an arguably superior experience to the competing Roku product.

The Ultra model extends the offering into 4K and HDR at a price of $69.

You can integrate the device with Google Home, enabling voice search of Netflix and YouTube clips. Or, if in the Kitchen with a taste for the ‘Game of Thrones’ finale?

Speak, and Chromecast Ultra will screen.

The choice comes down to two things: budget, and content.

Roku’s extensive offering – coupled with its versatile devices – make it a winner for many, as anyone can find a budget-friendly version that includes precisely what you need.

Everything conceivable in ultra-high definition? Just splash out and enjoy.

Apple TV offers reliable quality and is perfect for those who love iOS, iTunes, iAnything – but you pay for the pleasure. Chromecast gives the flexibility of using a computer to stream.

If you especially like a brand, the associated streaming service is sure to serve you well. If it’s all about the content, go with Roku.

This website uses cookies to improve your experience while you navigate through the website. Out of these, the cookies that are categorized as necessary are stored on your browser as they are essential for the working of basic functionalities of the website. We also use third-party cookies that help us analyze and understand how you use this website. These cookies will be stored in your browser only with your consent. You also have the option to opt-out of these cookies. But opting out of some of these cookies may affect your browsing experience.
Necessary Always Enabled
Necessary cookies are absolutely essential for the website to function properly. This category only includes cookies that ensures basic functionalities and security features of the website. These cookies do not store any personal information.
Non-necessary
Any cookies that may not be particularly necessary for the website to function and is used specifically to collect user personal data via analytics, ads, other embedded contents are termed as non-necessary cookies. It is mandatory to procure user consent prior to running these cookies on your website.
SAVE & ACCEPT